Peeling the Cucumber – Revisiting a Past Recall

Those of us who practice daily journalism usually make like cowboys and keep our eyes on the horizon for what’s coming next. But sometimes, one of us has to double back to check on something behind us that was left with too many questions.

That’s where we found ourselves in February with the strange twist out of the federal Centers for Disease Control and Prevention (CDC) in Atlanta. Through its Morbidity and Mortality Weekly Report (MMWR), the agency disclosed for the first time that a 29-state Salmonella outbreak associated with cucumbers had occurred last summer (although there had not been any public notice whatsoever). 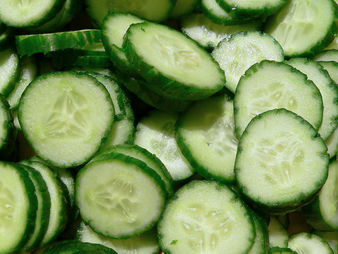 This was troubling. MMWR is “the voice of CDC,” meaning its house organ. The authors of this article had an exclusive because CDC failed to issue the normal report on the outbreak. For the public, the response to the MMWR report was, “How is it that our federal government can keep secret for many months a 29-state Salmonella outbreak resulting in 275 confirmed illnesses and one death?” Then there were the cucumbers from the Delmarva region of Maryland, which were linked to the outbreak but never recalled.

We needed a volunteer to ride back and get some answers. My colleague James Andrews graciously agreed to be the one who would step back in time and check on the situation. This past week, he produced one of those only in Food Safety News stories that brought us to the investigators themselves at CDC’s Division of Foodborne, Waterborne, and Environmental Diseases.

The picture they painted for James is one that is plausible — the source of the Salmonella was not known until it too late to be of any use to the public. At the point when last summer’s outbreak was peaking in late July, investigators still did not know it was occurring. The public health detectives were not really on the case until late August, and they first suspected tomatoes.

James also exclusively reports that after cucumbers replaced tomatoes as the prime suspect, the investigators met with representatives from big produce on Sept. 11. The last onset of illness would not occur until Sept. 30.

By late September, once the illnesses were linked to a specific Maryland cucumber grower, CDC and the U.S. Food and Drug Administration (FDA) still opted not to say anything publicly. It was their judgment that the contaminated product had all been consumed. One might say the investigation went on long enough that there was no sense in doing either a recall or a public health warning about cucumbers.

In 2008, public health warnings tubed the tomato crops of several states before another cause for that produce-related outbreak was found, namely Mexican-grown jalapeños. Tomato growers sued for damages under the “takings clause” of the U.S. Constitution. They essentially acknowledged that the federal government has the power to issue public health warnings, even mistaken ones. They just wanted compensation for their crop losses, but they did not prevail.

So, while the federal government is not out any money for FDA’s 2008 mistake, these agencies strive to be right before they act. Among the questions I am left with is whether they ever considered a public health warning or recall once they were certain about cucumbers.

It’s a pretty common occurrence for both FDA and CDC to use a late recall as the vehicle for getting a public report out while it still seems relevant. Once they were certain about the source being the Delmarva region of Maryland cucumbers, it seems like there would have been time to do that much.

No comments to show.